The Most Popular IDEs for Developers in 2021 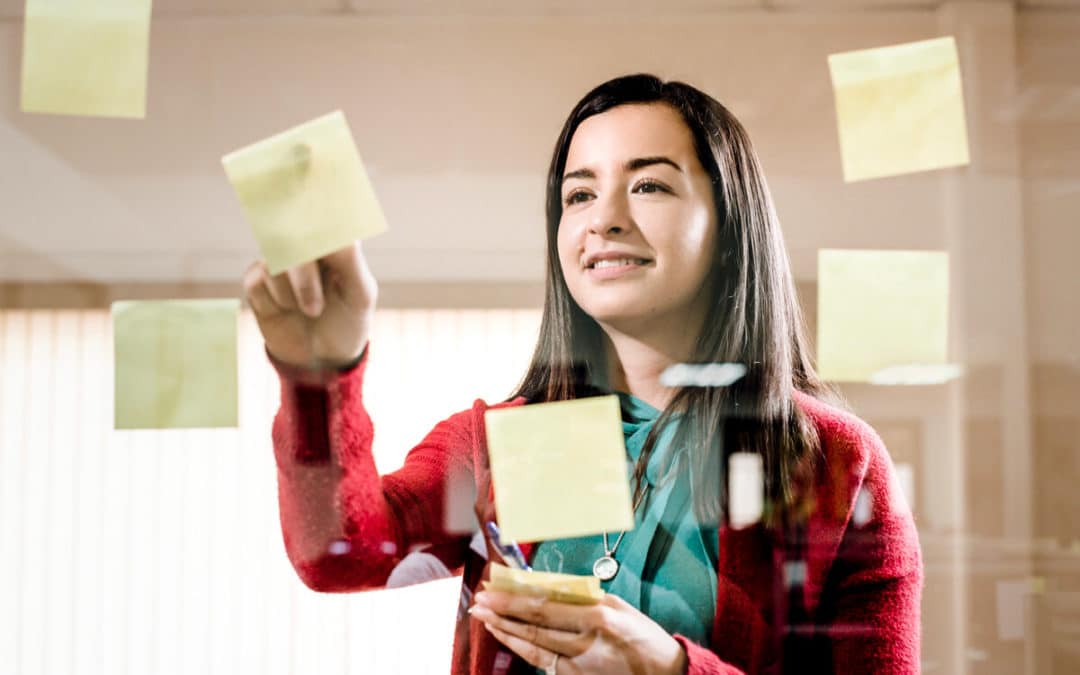 Integrated Development Environments (IDE) make development simpler and easier, letting you check your code for bugs, safely refactor your code, unit test, and more. Yet how do you choose the right IDE for your projects? This article will recommend some of the best IDEs out there, describing which languages they support and covering some of their best features.

IDEs are applications equipped with a graphical user interface (GUI), and designed to make the development of custom software easier. The main components of an IDE are a text editor that lets you write code and a compiler/interpreter that lets your computer run the code you have written. Compilers compile code into a language your computer can understand while an interpreter is what actually executes the code. Most IDEs will also include a debugger to help you evaluate your code and resolve errors.

Microsoft has two different IDEs it offers to the software development community, both of which are incredibly popular amongst developers. The two IDEs offered by Microsoft are Visual Studio and Visual Studio Code.

Visual Studio (VS) is a full-featured development environment, available for Windows and Mac OS platforms. There are three different versions of VS provided. The “Community” version is free for individual developers, while the “Professional” and “Enterprise” versions of the IDE require a license.

All versions of VS come with support for safe refactoring, one-click web deployment, graphical debugging and unit testing. All versions of VS also have cross-platform development tools in the form of an iOS simulator for windows and the ability to share code between iOS and Android development environments. VS natively allows developers to collaborate with their teammates and do live development together. The Professional version of VS is intended for use by professional developers and has development platform support for Windows, Web, the Azure Stack, Python, Node.JS, Docker tools and more. The Enterprise version of VS comes with additional features like architectural design and validation tools, live unit testing, code coverage, and the IntelliTrace tracing tool to record metrics about the execution of your programs.

Visual Studio Code (VS Code) is a free, open-source cross-platform editor available for Windows, Linux, and Mac. VS Code supports the development of mobile, desktop, and web applications and games using languages like Python, C++, Node.JS, ASP.Net, and more.

VS Code lets users collaborate with their teammates and do live, cooperative development together using an extension. Teammates can share their terminals, servers, and comments with each other. VS Code also learns to predict your lines of code based on your edits and behaviors, saving you time. Git commands are built into VS Code making committing code possible directly from the editor. VS Code is also extensible and customizable, letting developers add extensions to the IDE that add support for different languages or other features like Docker integration.

Eclipse is a cross-platform application, and it lets developers combine code sections using drag and drop functionality. Eclipse emphasizes customization. Eclipse also lets you install a variety of plugins and development tools to customize your development experience to match your needs. Eclipse supports debugging and profiling, letting you resolve the issues found by the automatic error reporting system.

Eclipse has many experimental support options that other IDEs may not have, including experimental Edge Browser support, early access to Mac ARM64 support, and support for the latest version of JUnit and Java.

JetBrains is a software development company specializing in the creation of IDEs for a variety of languages, along with tools and plugins that support development in those languages. JetBrains is responsible for the creation of multiple IDEs, each of which is centered on a different language. The IDEs created by JetBrains are known for their reliability and user-friendliness, featuring smart coding assistance tools that let developers quickly identify and correct errors.

JetBrains’ Intellij IDEA is one of the most popular IDEs used by Java developers. Intellij IDEA aims to streamline the Java development process, enabling you to be highly productive with a simple, uncluttered GUI. The IDE will suggest relevant variables and functions as you code, helping you complete your code faster. Beyond this, it features auto-complete/code suggestion, debugging tools, unit-testing tools, and safe refactoring. The IDE also supports the installation of third-party add-ons. Intellij IDEA lets you develop for languages other than Java, such as JavaScript, HTML, SQL, and JPQL.

As the name of this IDE suggests, PyCharm is focused on the development of programs using Python. Much like Intellij IDEA, JetBrains’ PyCharm automatically checks codes for errors and suggests objects to autocomplete your code. PyCharm has a minimalistic GUI and checks your code to make sure that it follows the PEP-8 standards (guidelines and standards for writing Python code). PyCharm comes with a number of different debugging and testing tools. The premium version of PyCharm lets you code using other languages, but you can meet all your Python needs with the free version.

PhPStorm is an IDE focused on the creation of front-end code and applications using PHP, although it also supports the use of other languages like JavaScript, CSS, HTML5, Sass, Less, and more. JetBrains’ PhPStorm can be integrated with other website creation software and platforms like WordPress, Laravek, Joomla, and Drupal. Much like the other products in the JetBrains product suite, it comes with code suggestion, testing tools, and debugging tools.

WebStorm is targeted at JavaScript developers, and like the other JetBrains products, it features a streamlined GUI along with features like code suggestion and error detection. As a JavaScript development tool, it features live-edit functionality that automatically shows you the effect of your changes without having to reload the browser. WebStorm also allows you to integrate with deployment tools like Mercurial, Git, and GitHub. It also comes with unit-testing and debugging tools.

RubyMine is targeted at Ruby and Ruby-on-Rails developers. Like the other JetBrains IDEs, RubyMine features code suggestion, error-highlighting, searching, and safe-refactoring. RubyMine comes with unit-testing and debugging tools. Developers can also use it to create programs using JavaScript, CSS, Less, Sass, and more.

NetBeans is one of the most popular IDEs targeted at web developers. NetBeans is focused on the creation of Java applications, although it allows users to develop applications using languages like JavaScript, PHP, CSS, and HTML5. NetBeans highlights possible code errors and helps users carry out safe refactoring. NetBeans has a drag-and-drop navigation bar. NetBeans also has remote development support and is compatible with the Qt Toolkit for cross-platform development. The NetBeans code assistance tools let you format code, automatically complete code sections, and receive parameter/variable suggestions.

Aptana Studio is an IDE for web applications based on JavaScript, HTML, and CSS, although the IDE also supports languages like jQuery, Python, PHP, and Ruby. Aptana Studio features a debugger and a deployment wizard. Aptana supports integration with most browsers, negating many of the compatibility challenges that come with other IDEs intended for the creation of web apps. Ruby and Rails applications can be automatically sent to a variety of different hosting services. The Aptana GUI can also be customized to meet your needs.

Code::Blocks is one of the most popular open source IDEs, popular because of how customizable it is. Code::Blocks is designed to help developers create C/C++ and Fortran programs. Code::Blocks comes with numerous pre-built and proprietary languages. You can use the many simple task management tools that the IDE comes with, or you can import various external development tools to meet your own needs. Code:Blocks may be better suited to small projects and beginning programmers, as its limitations can make it infeasible for larger, more complex projects. However, its straight-forward, slimmed down design makes it easy for beginning programmers to learn for this reason.

Komodo bills itself as one IDE for all languages. It supports all of the most popular programming languages like Python, Perl, Golang, PHP, Ruby, JavaScript and more. ActiveState’s Komodo has intelligent code autocomplete, integration for version control features like Git and Mercurial, a visual debugger, and the ability to install development add-ons and plugins. Komodo also allows the user to customize its UI with split screens and multi-window editing options. Multiple users can collaborate during development thanks to its code-collaboration feature.

XCode is a free, open-source IDE. XCode provides tools for the creation of applications for Apple devices including the Mac, iPhone, and iPad. XCode integrates with the CocoaTouch development environment for iPhones and iPads. XCode lets you enable features like Passbook or Game Center with just the click of a button. XCode supports a split-screen workspace and even lets you build prototypes using the Interface Builder.

Considerations for Selecting an IDE

To select the best IDE for your development needs, you’ll want to consider the features you require in an IDE.

You should consider how customizable you need your IDE to be. Some IDEs offer you the ability to edit the GUI to match your development needs and preferences. Additionally, you should consider how the IDE supports plugins and extensions in case you want to use third-party development tools. Finally, be sure to give some consideration to model versioning and deployment. Determine if you’ll want integration with version control and deployment platforms like Git or Apache.

This website uses cookies to improve your experience while you navigate through the website. Out of these cookies, the cookies that are categorized as necessary are stored on your browser as they are essential for the working of basic functionalities of the website. We also use third-party cookies that help us analyze and understand how you use this website. These cookies will be stored in your browser only with your consent. You also have the option to opt-out of these cookies. But opting out of some of these cookies may have an effect on your browsing experience.
Necessary Always Enabled
Necessary cookies are absolutely essential for the website to function properly. This category only includes cookies that ensures basic functionalities and security features of the website. These cookies do not store any personal information.
Non-necessary
Any cookies that may not be particularly necessary for the website to function and is used specifically to collect user personal data via analytics, ads, other embedded contents are termed as non-necessary cookies. It is mandatory to procure user consent prior to running these cookies on your website.
SAVE & ACCEPT